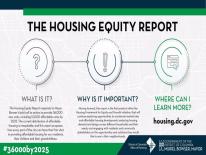 The Housing Equity Report provides goals for the equitable distribution of affordable housing in DC, supporting Mayor Muriel Bowser’s vision for creating 36,000 new housing units by 2025. The report is the first in a series that will comprise the Housing Framework for Equity and Growth. The framework is a cutting-edge effort that will examine factors across multiple scales, design typologies, and resident experiences to generate recommendations that can increase housing affordability and opportunity for all residents.

You can also learn more about the current distribution of affordable housing by the Planning Areas in the report itself or by Advisory Neighborhood Commission (ANC) areas here. 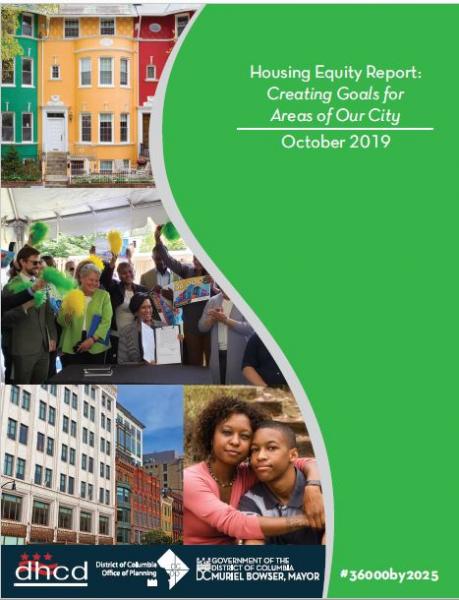 You can also view a video about the Housing Framework for Equity and Growth and our work to increase affordable housing in the District below.

The Future of Housing in Greater Washington highlights the efforts by area officials and housing and planning directors to work together at COG to address the region's unmet housing needs. The report sets an ambitious target of adding at least 320,000 housing units between 2020 and 2030, an additional 75,000 units beyond the units already predicted to be built in the region for this period. MWCOG also created goals for establishing 75 percent of those units near Activity Centers or high-capacity transit and ensuring 75 percent of new housing should be affordable to low- and moderate-income households.

Meeting the Washington Region’s Future Housing Needs is an analysis of the current housing supply and predicted population growth forecast in the region. The report states that to ensure the region’s future economic growth and prosperity, the region must produce at least 374,000 more housing units by 2030 and create at least 40 percent more housing to meet the needs of moderate-income households. The report highlights that jurisdictions within the region will need to leverage their existing housing tools and learn from each other to implement highly effective policies to accelerate housing production.

Office of the Deputy Mayor for Planning and Economic Development (DMPED)

An Assessment of the Need for Large Family Units in the District of Columbia provides a more thorough understanding of any gaps in the supply of and demand for large units in the District. Recognizing that housing is fundamental to helping families thrive in the District, this study explores the questions: is there a need for an increase in the rate of large unit production and preservation in the District? If so, where, what kind, at what price, and for whom?

Office-to-Affordable Housing Task Force Report  examines the potential for converting vacant office space to affordable housing to address the pressing housing shortage in the District of Columbia. In response to reports drawing attention to the large amount of vacant office space in the region and the District, the Council of the District of Columbia passed the Office to Affordable Housing Task Force Establishment Act of 2017, which commissioned a Task Force to answer three questions around feasibility, policy, and regulatory considerations, as well as the cost of office-to-residential conversions.